The hardness of materials refers to their resistance to the penetration and describes their attitude to be deformed and machined. The durometers hardness test machines used for this kind of test can apply different loads and are equipped with different kinds of indenters, whose shape varies by type of hardness test. Hardness can be measured according different methods and scales.

Brinell hardness test is performed pressing a ball indenter on the sample’s surface with a controlled force for a specific time. The round print left on the sample is measured to calculate the hardness according to a formula. HB is used to refer to this hardness test method.

Vickers hardness test is performed applying on the sample’s surface a controlled force for a specific time using an indenter whose shape is a square-based diamond pyramid. After removing the indenter, the print left on the surface is measured according to the length of its diagonals. The unit of hardness given by the test is known as HV and is normally followed by a number referring to the applied load (e.g. HV30 = 30 kg).

Rockwell hardnessis performed positioning either a diamond cone or a ball indenter to obtain a zero reference position (this operation is called “preload”). Following this a major load is applied for a specific time and, then, removed, while minor load, previously applied, is still maintained. The difference in depth between between the zero reference position and the indent due to the major load gives the Rockwell hardness number, that can be reported by means of alternative scales, varying from the loads applied (e.g. HRB or HRC). 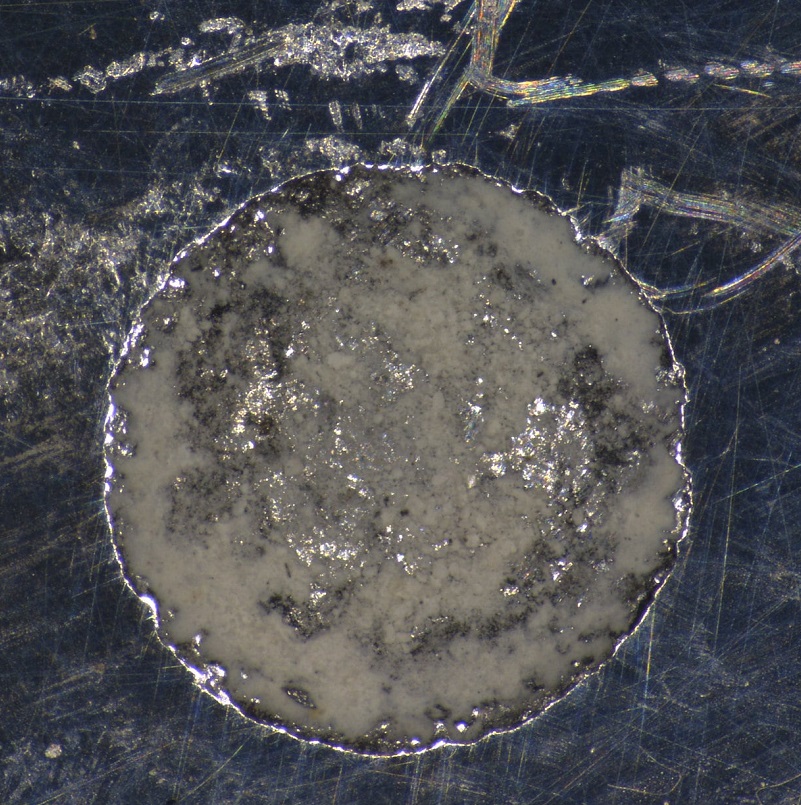