Heat Treatment may be defined as heating and cooling operations applied to metals and alloys in solid state so as to obtain the desired properties. Some of the objectives of heat treatment are summarized as follows: improvement in ductility, relieving internal stresses, refinement of grain size, increasing hardness or tensile strength, improvement in machinability, alteration in magnetic properties, modification of electrical conductivity, improvement in toughness. The main requirements of the heat treatment process is the accurate control of the temperature profile and the soaking/holding at specified temperature for obtaining uniform cross section temperature across load and workpiece. The cooling cycle is very important and can be either liquid or air cooling. It is determined by the required microstructure desired.

There are several different types of heat treatment processes 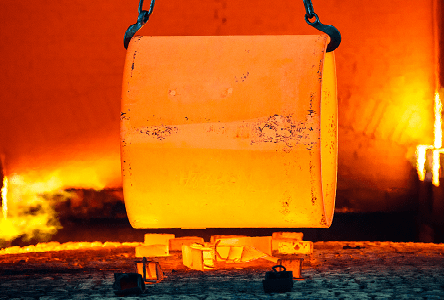 Annealing is the process of heating the steel to a particular temperature in the austenite region and cooling down the steel very slowly. There are many derivatives of the annealing process, but generally the process is a slow cool process.Another derivative of the annealing process is known as sub-critical anneal. This process involves soaking at a temperature below the lower transformation line, in the region of 650 to 700 °C, until the steel has equalized across its cross-section in temperature, followed by a slow cool. Slow cooling can mean a cooling rate between 2.5°C (5F) per hour up to 28°C (50F) per hour.

Normalizing is a process that makes the grain size normal. This process is usually carried out after forging, extrusion, drawing or heavy bending operations. When steel is heated to elevated temperatures to complete the above operations, the grain of the steel will grow. In other words, the steel experiences a phenomenon called “grain growth.” This leaves the steel with a very coarse and erratic grain structure. Furthermore, when the steel is mechanically deformed by the aforementioned operations, the grain becomes elongated. There are mechanical property changes that take place as a result of normalizing – inasmuch as the normalized steel is soft, but not as soft as a fully annealed steel. Its grain structure is not as coarse as an annealed steel, simply because the cooling rate is faster than that of annealing. Usually the steel is cooled in still air and free from air drafts. The process temperature is virtually the same as for annealing, but the results are different due to the cooling rate.

Stress relieving is an intermediate heat treatment procedure to reduce induced residual stresses as a result of machining, fabrication and welding. The application of heat to the steel during its machining or fabrication will assist in removing residual stresses that will, unless addressed during the manufacturing by stress relieving, manifest themselves at the final heat treatment procedure. It is a relatively low temperature operation that is performed in the ferrite region, which means that there is no phase change in the steel, only the reduction of residual stresses. The temperature region is usually between 425 to 700 °C. However, the higher that one goes in temperature, the greater the risk of surface oxidation there is. It is generally better to keep to the lower temperatures, particularly if the steel is a “pre-hard” steel.
The hardness will be reduced if the stress relieve temperature exceeds the tempering temperature of the steel.

In metallurgy, age hardening is a heat treatment technique used to increase the hardness of an alloy by a relatively low-temperature heat treatment that causes precipitation of components or phases of the alloy from the supersaturated solid solution.

Age hardening creates changes in physical and mechanical properties by producing fine particles of a precipitate phase, which impede the movement of dislocations, or defects in a crystal’s lattice. Dislocations serve to harden the material.It is used to increase the tensile and yield strength of materials, including most alloys of aluminum, magnesium/titanium/nickel and some stainless steel.

In superalloys, it is known to cause yield strength anomaly, providing excellent high-temperature strength.

Tempering is a process of heat treating, which is used to increase the toughness of iron-based alloys. Tempering is usually performed after hardening, to reduce some of the excess hardness, and is done by heating the metal to some temperature below the critical point for a certain period of time, then allowing it to cool in still air. The exact temperature determines the amount of hardness removed, and depends on both the specific composition of the alloy and on the desired properties in the finished product.

In some low alloy steels, containing other elements like chromium and molybdenum, tempering at low temperatures may produce an increase in hardness, while at higher temperatures the hardness will decrease. Many steels with high concentrations of these alloying elements behave like precipitation hardening alloys, which produces the opposite effects under the conditions found in quenching and tempering, and are referred to as maraging steels.

Quenching consists in a rapid cooling by immersion in water or oil of a metal object from the high temperature at which it has been heated.

This usually is undertaken to maintain mechanical properties associated with a crystalline structure or phase distribution that would be lost upon slow cooling. The technique is commonly applied to steel objects, to which it imparts hardness. 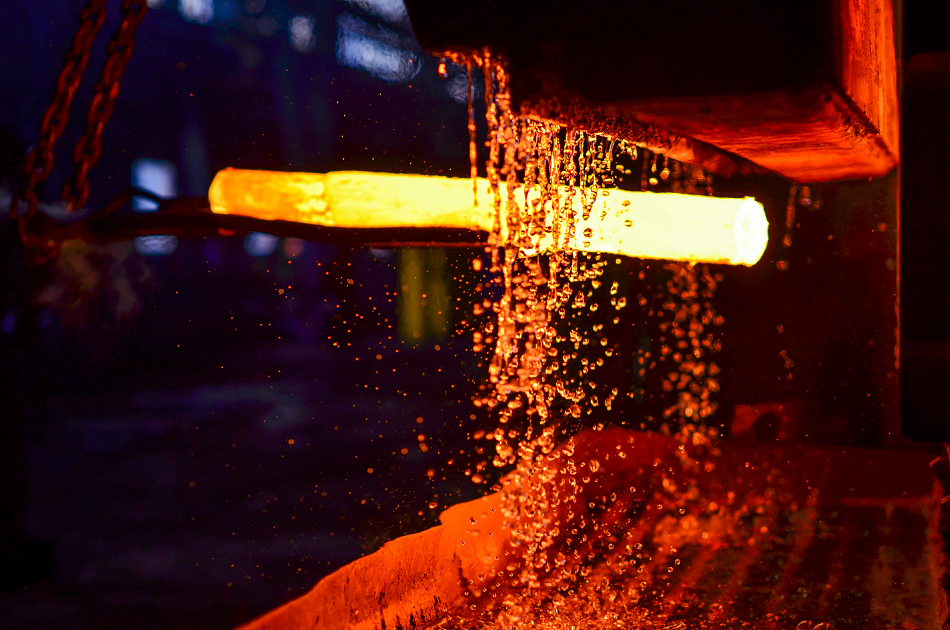