H2 IIS SIDER: a lab for tests on materials in a gaseous hydrogen environment 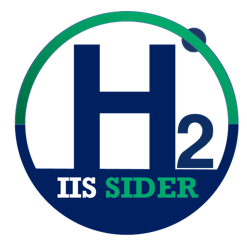 Set up phase for a new laboratory in collaboration with Istituto Italiano della Saldatura.

Current national and EU strategies in the context of the energy transition attribute a fundamental role to hydrogen gas as an energy vector. The extreme pressure conditions, required for efficient use of gas throughout the supply chain, highlight the problems of suitability of the materials in relation to the mechanisms of embrittlement induced by hydrogen. Current regulatory references refer to the need to carry out verifications by means of mechanical tests in a hydrogen environment according to standard procedures.

SIDER TEST has chosen to engage in hydrogen with a historical and well-known partner such as the Istituto Italiano della Saldatura. The implementation of the new laboratory is planned for the end of the year, which will allow the execution of dynamic and static tests. In particular, tensile tests according to ASTM G142, Slow strain rate test (SSRT), according to ASTM G129, tests under constant displacement on WOL type specimens (wedge opening loading) according to UNI EN ISO 7539-6, UNI EN ISO 11114-4 method C and ASTM E1681, fracture mechanics tests according to UNI EN ISO 11114- 4 method B, ASTM E399 and ASTM E1820, determination of the propagation rate of a fatigue defect on C (T) specimens, according to ASTM E647, Measurement of embrittlement from hydrogen through the incremental step loading technique (ASTM F1624), mechanical determination of hydrogen embrittlement on notched specimens (ASTM F519) and fatigue tests. In addition, tests will be carried out on hollow test pieces.